Footballers representing various nations and clubs earn quite a large amount of money and the more popular they become, the more they get paid. The amount keeps going upward. Many football stars of today make millions with every swipe of the ball. But, fair to say, it is not always their performances on the ground that earn them money, but brand deals and other productive sponsorships. In today’s world of football, Lionel Messi, Cristiano Ronaldo and Neymar are probably the top three players. Believably, their talents have helped them in obtaining these spots. But, what about their financial success? What aided them? Is it talent? Is it sponsorship deals? Or is it both the talent and deal? Anyway, whatever the secret of their success, on the basis of various reports gathered from all over the world, we have taken the trouble to assemble a list of the top 10 highest-paid football players in the world at this moment in time. 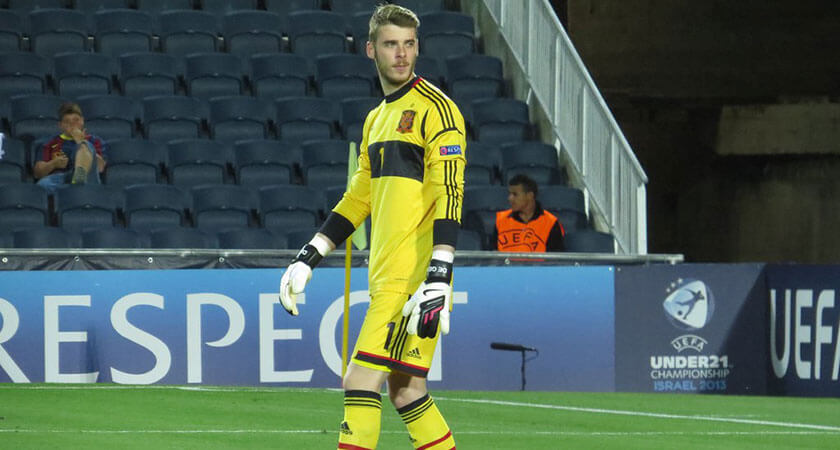 Playing for the renowned football club ‘Manchester United’, David de Gea may not be the best goalkeeper on earth, but certainly the highest-paid goalkeeper in the world at the present moment. Despite that, he is our tenth highest-paid footballer on the list. The bulk of his annual earnings comes from his Old Trafford contract, which is roughly £17.5m a year. Although the question had been raised over his place in the current league team during the 2019/20 campaign and an intense controversy occurred between him and the United academy graduate Dean Henderson, the doubt was ultimately cleared and his place remained intact. 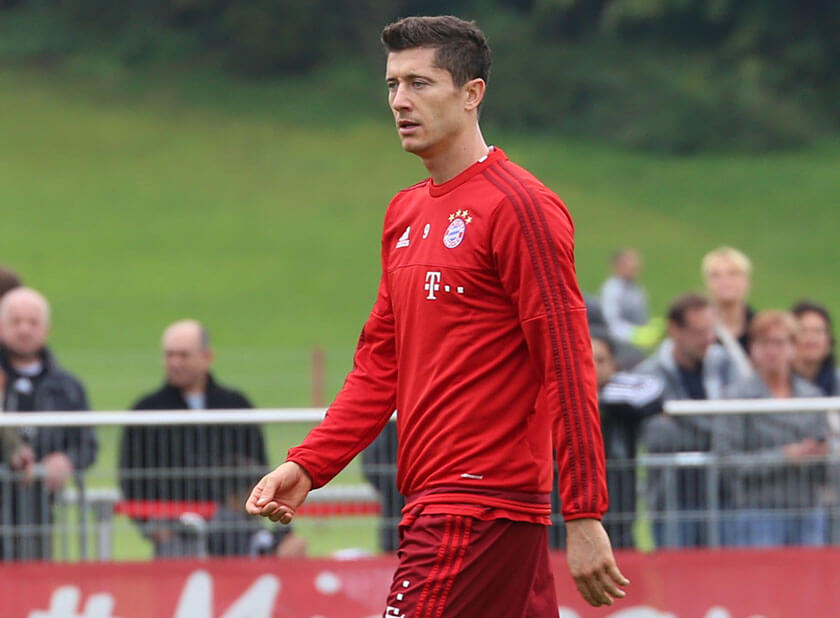 The captain of the Poland national team, Robert Lewandowski, has been picked for the number nine spot on the list of the highest-paid footballers in the world. Known for his ruthlessness on the pitch, he won the Best FIFA Men’s Player 2020 leaving behind star players like Cristiano Ronaldo and Lionel Messi. Also plays for Bundesliga club Bayern Munich, the 32-year-old striker is regarded as the club’s best foreign goalscorer of all time. He receives £17.5m per season from the club. He is also very much active on popular social media called TikTok with currently 4M followers and 19.5M Likes. 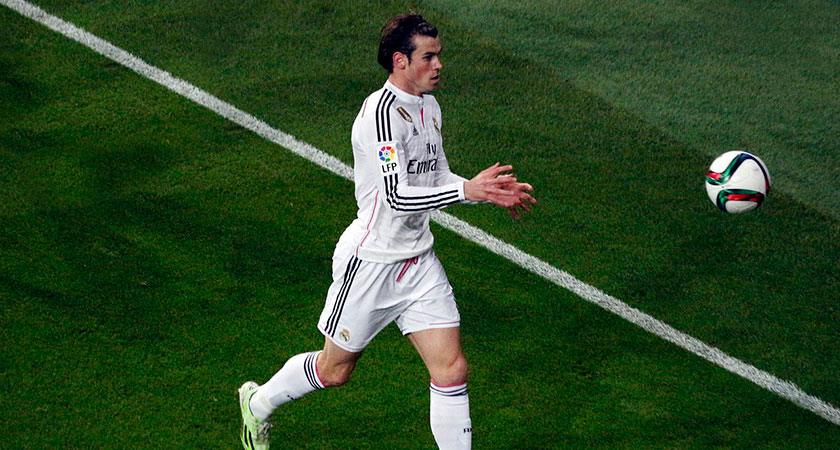 Gareth Bale, a Welsh professional footballer and an important team member of the Wales national team, gains the eighth position with an earning of £21m. Beforehand, he was the most valuable player in the history of football and one of Adidas’ most significant names. However, his value has declined lately. He is now serving the Premier League club named Tottenham Hotspur as a winger, on loan from Real Madrid of La Liga. His accomplishments for the current team so far are small potatoes. As his performance falls, so does his income and presumably, he is going to be excluded from the list of the top 10 in the coming days. 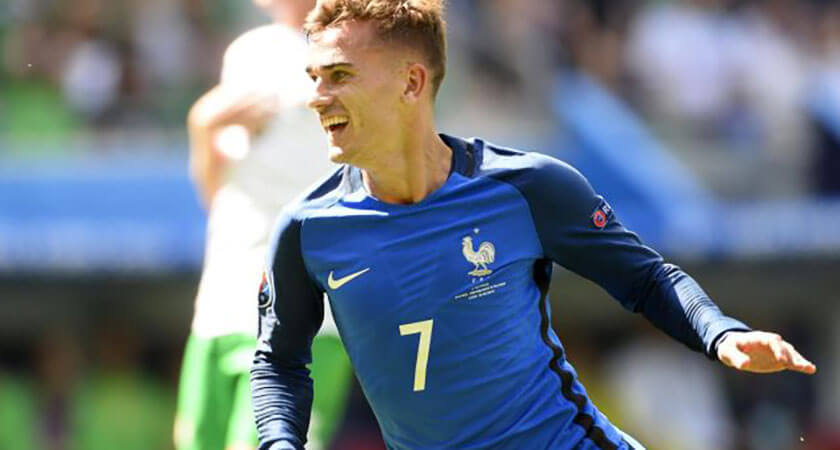 Antoine Griezmann is one of the most highly talented players in today’s world of football. The French footballer performs as a forward for the distinguished Spanish club Barcelona and the France national team. His transfer from Atletico Madrid to Barcelona in 2019 is the fifth most costly transfer in the history of football. But, fair to say, he has not lit up a stadium that much for Barcelona. After playing 89 matches for Barcelona, he only has managed to score 27 goals. Nevertheless, he is the second-highest-paid player in Barcelona after Lionel Messi and the 7th on our list.

Fun fact: Griezmann loves celebrating his goals. He often performs Fortnite’s ‘Take the L’ dance to celebrate when he scores and he did celebrate a goal in this way in the World Cup final in 2018. 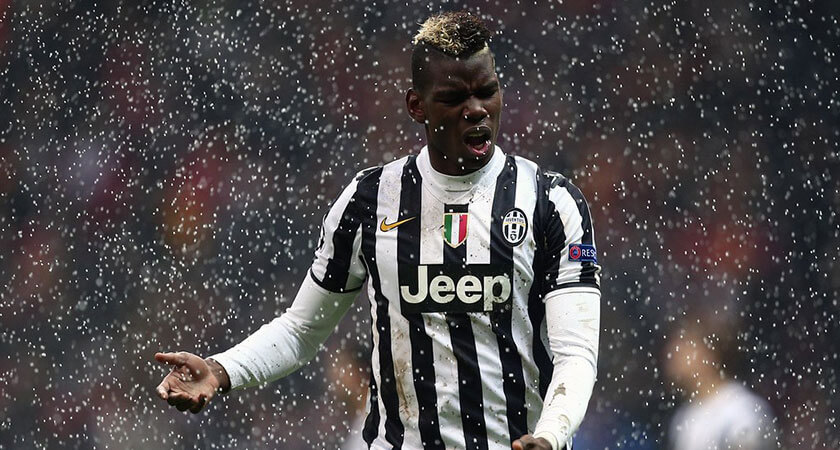 In the football world of today, Paul Labile Pogba is a very well known figure. Although he is a great midfielder, who is really effective both in attacking and defending, mixed opinions are there regarding his talent. In 2016, Pogba made his way back to Manchester United from Juventus for a record-breaking football transfer fee, the highest at that time. Sadly, his performance for the team is not really impressive. He has been a grand failure instead of a success for “the Red Devils”. His £20m-per-season contract with Manchester United is going to be over after 18 months and the talking concerning his summer transfer has already started in the management. 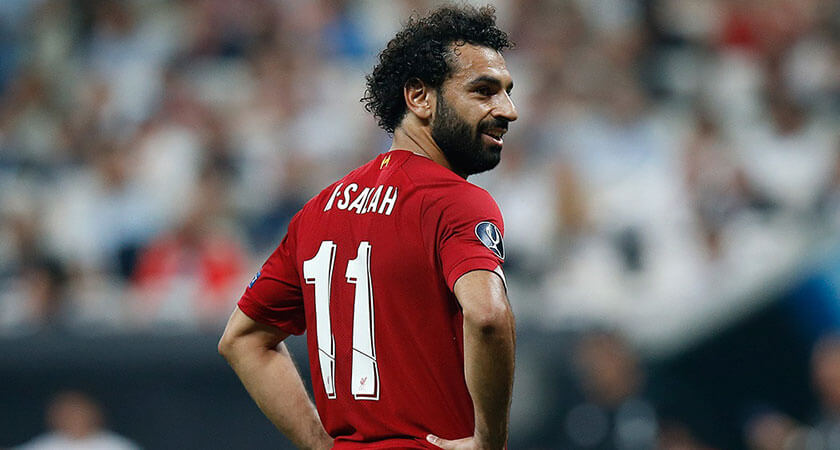 The captain of the Egyptian national team, Mohamed Salah is undoubtedly one of the best football players in the world at present. Famous for his pace, dribbling and finishing, he also plays as a forward for Premier League club Liverpool and has been the main reason for the team’s success in recent times. He has proven to be an excellent buy for £43m as he has scored over 100 goals in three-and-a-half seasons at the home of Liverpool Football Club, helping his team succeeding in the Champions League and Premier League in that period. Salah’s heroics have earned him a contract worth £17.5m per year and the other £9.5m of his income emanates from his various off-field businesses. 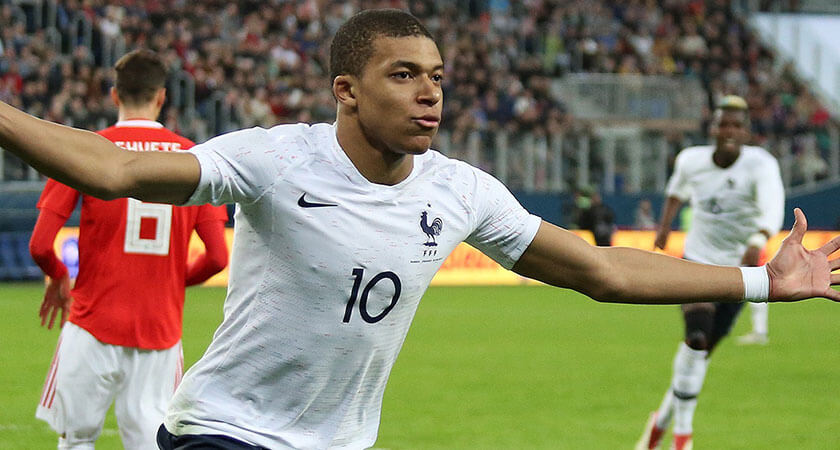 Kylian Mbappe is the name of a very talented football player, who is renowned worldwide for his fiery speed, dribbling and finishing. This 22 years old French footballer is currently the fastest footballer in the world. He is a superstar in making and probably going to be the leader of the following generation of football. His transfer from Monaco to PSG in 2018 is the second most expensive transfer in the history of the game till today. Playing as a forward for the club, he has already proved his worth by scoring over 100 goals. He also has made his mark at the international level by scoring four goals for France in the 2018 World Cup. With the help of those goals, France won the title that year and he was awarded the FIFA World Cup Best Young Player.  His off the field’s performances are impressive as well and it goes without mentioning that he is one of Nike’s most commercial faces at present.

Neymar, a Brazilian star footballer, is considered to be one of the greatest players in the world right now. He plays as a forward for the French club called Paris Saint-Germain or in short, PSG and the Brazil national team. In 2017, for a massive amount of £200m, he moved from Barcelona to PSG. Now, he receives around £57m per year from the club. He also has signed a very prolific sponsorship deal with renowned brand Puma recently, right after ending his contract with Nike. However, it is maybe an indication of his unsettling character that he makes altogether less money from sponsorships than the following two players on the lineup. 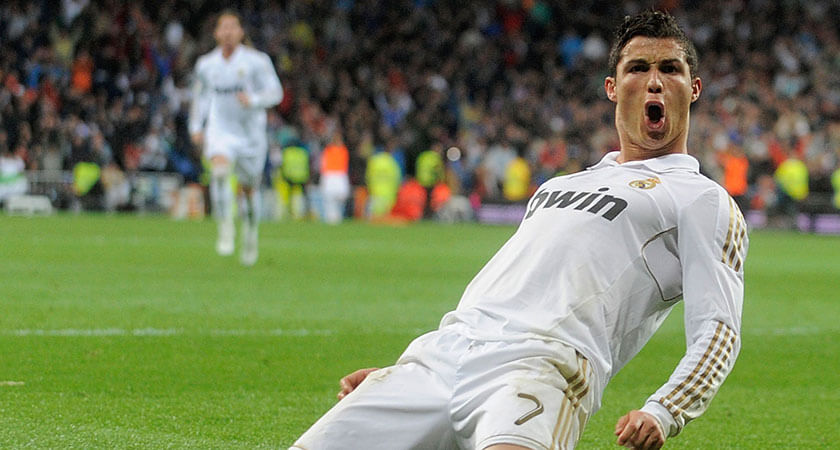 The most popular athlete may not be the most money-making one and a prime example of this is Cristiano Ronaldo. He is arguably the most loved as well as the most followed footballer on Instagram. Despite that, he is not the richest football player on earth at the present time. Currently playing for the Italian giants Juventus, the Portuguese superstar charges the club £51m per season. The other £34m of his earning comes from his personal CR7 brand and sponsorship deals he has with such brands as Nike and Herbalife. This year, he has become the top goalscorer in the history of football by completing a total of 760 goals for his country and the clubs that he has played for throughout his career. He scored his 760th goal in the 2021 Italian Super Cup for Juventus against Napoli. 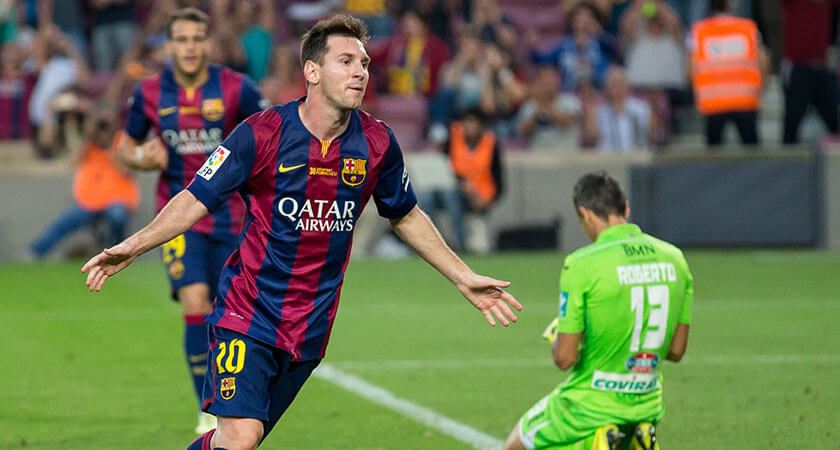 In the opinions of many, the Argentine superstar Lionel Messi is the best player in the modern game of football. This super talented footballer plays as a forward for both the Spanish club Barcelona and the Argentina national team and his skills are well backed up by his income. He is the highest-earning football player on our list, earning £67m per year from Barcelona. Notably, this contract with Barça is going to be over at the end of the 2020/21 campaign. Last summer, the world witnessed the drama when Messi decided to move from the club, which ultimately did not happen and he continued his journey with Barça. The star footballer also has his personal sources of income and reportedly, he earns around £25m from deals with famous brands such as Adidas and Pepsi.